I had the pleasure of attending the 2013 Power Blast Power Soccer Tournament this past weekend at the Virginia C. Piper Sports and Fitness Center in Phoenix.   Teams from all over the United States and Canada competed in the 3 day tournament; 11 teams competed in total. 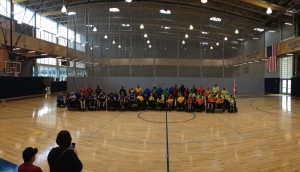 Power Soccer combines the skill of the wheelchair user with the speed and power of the chair itself, to participate in an extremely challenging game similar to soccer. The game is played in a gymnasium on a regulation basketball court. Two teams of four power wheelchair users attack, defend, and spin-kick a 13-inch soccer ball in an attempt to score goals. 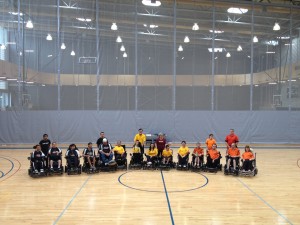 Congratulations to the ASU Power Soccer club for their 4-1 victory!!