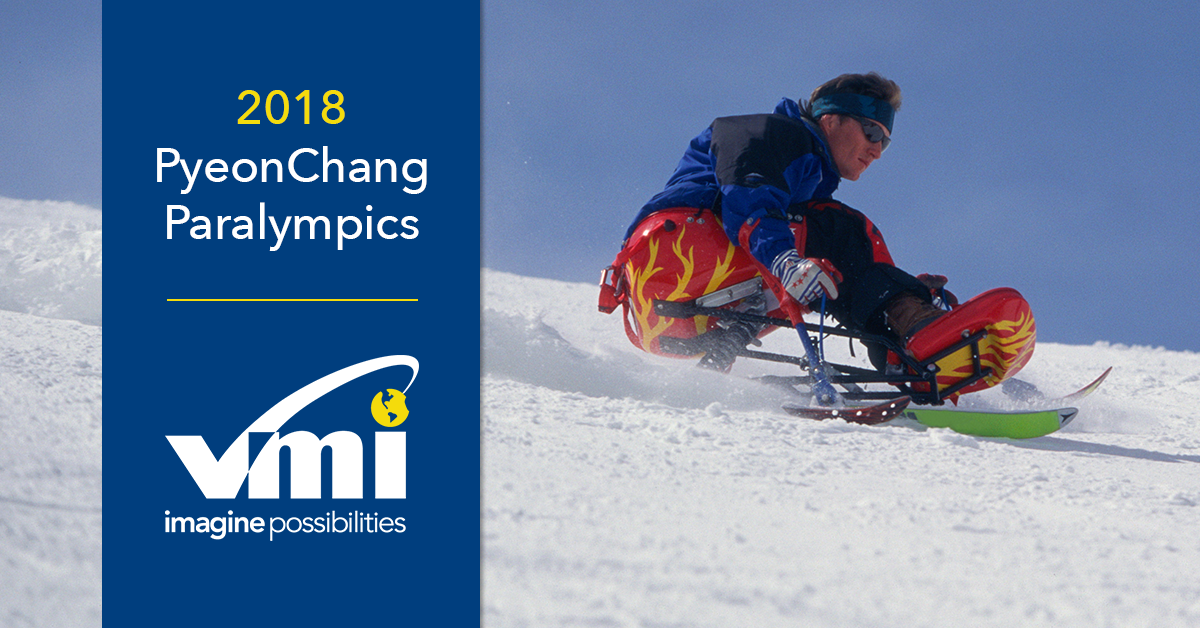 The Winter Paralympics are upon us and with a record allotment of television air time, there will more eyes on disabled athletes than ever before! Starting March 8, 2018, athletes from all over the world will be competing for gold in the frigid, snowy mountains of South Korea. This is your guide to the 2018 PyeonChang Winter Paralympic Games.

This year’s Winter Paralympics will be held in PyeonChang, South Korea. The area’s long, snowy winters make it ideal for winter sports. Here’s a little background on the city for those that don’t know much about it.

PyeonChang is a county within the Gangwon Province. This northern county is known for its Odaesan National Park that stretches across the Taebaek Mountains. The county is also well known for its many ornate Buddhist temples.

The Paralympics are slated to be different this year than the previous winter games. While most of the event is identical to those in the past, the venues do have a few flourishes to reflect the culture of the host country.

South Korea’s Olympic decorations reflect their vibrant and innovative culture. A New York Times article states, “there are bright colors and brash graphics, a combination found everywhere, especially on television. A number of shows have word bubbles that make the classic ‘bloop!’ sound as they pop up over the action, in shades lifted from a pack of Starburst fruit chews.”

There are even robots in attendance! According to the same New York Times article, “Robots are a common sight, roaming around indoor settings and beaming the day’s schedule and weather forecast, projector-like, on the floor.” All of this means the 2018 Winter Paralympics will surely be memorable.

Lastly, this year’s paralympics took exceptional care with regard to accessibility. Mark Todd, an accessibility consultant for the Olympic Games in London 2012, Sochi 2014, and Rio 2016, was brought in to optimize the existing venues for traffic specific to people with disabilities. As a result, many disability-friendly amenities were added including a unisex bathroom designed for handicapped people and their caregivers.

While the sports may look a bit different, the action is still just as thrilling. This year’s Winter Paralympics will feature six sports: alpine skiing, biathlon, cross-country skiing, para ice hockey, snowboarding, and wheelchair curling. Each sport will have its own subdivisions totaling 80 events.

The largest sport by far is alpine skiing with six events within the category including downhill, slalom, and super-G. Super-G, or super giant slalom, competitors often use the same course as downhill skiers, but start lower and do not attain as high of speeds. Each rider must navigate a series of wide spaced gates as fast as they can, much like downhill.

Each event within the alpine skiing, biathlon and cross-country skiing disciplines are divided into three accommodation categories: standing, sitting and visually impaired. For alpine Skiing competitors, the official PyeonChang Winter Paralympics website states, “Skiers with blindness/visual impairment are guided through the course by sighted guides using signals to indicate the course to follow. Some athletes use equipment that is adapted to their needs including single ski, sit-ski or orthopedic aids.”

In the biathlon, athletes trek cross-country on skis while carrying a rifle on their back. They do three to five laps of a 2 km to 2.5 km track, stopping a maximum of four times to shoot at targets. Each competitor must hit two targets while each missed target adds seconds to your overall time. For biathlon athletes with visual impairment, a tone is used when aiming at targets, gradually getting louder as the competitor gets closer and closer to aiming on target. This thrilling event requires skill and endurance in freezing temperatures, you won’t be able to take your eyes off the screen.

Athletes Representing The U.S. at the Paralympics

The United States has a strong Paralympic team with many repeating medal winners competing. Here is a list of American athletes competing in the 2018 PyeonChang Paralympic Games:

Americans have proved themselves to be worthy competitors in every sport, but the US team excels in a few favorites. Our men’s snowboarding team, dubbed the “Three Amigos,” has consistently placed well. This includes a sweep of all three podium places at the 2014 Sochi games —  a rare feat in today’s age of extreme competition.

The U.S. sled hockey team is also looking to dominate this year after taking gold in both 2010 and 2014. According to a Time article, the American team will, “come stacked with a veteran Paralympic roster that includes three-time medalist Steve Cash, two-time medalist Nikko Landeros and gold medalist Declan Farmer, among many more.” You can find more information on the different events and competitors at the official winter paralympic’s website.

After such an amazing winter Olympics presentation, the 2018 PyeonChang Winter Paralympic Games are bound to be exciting. Be sure to tune in on March 8, you don’t want to miss all of the action on opening day!