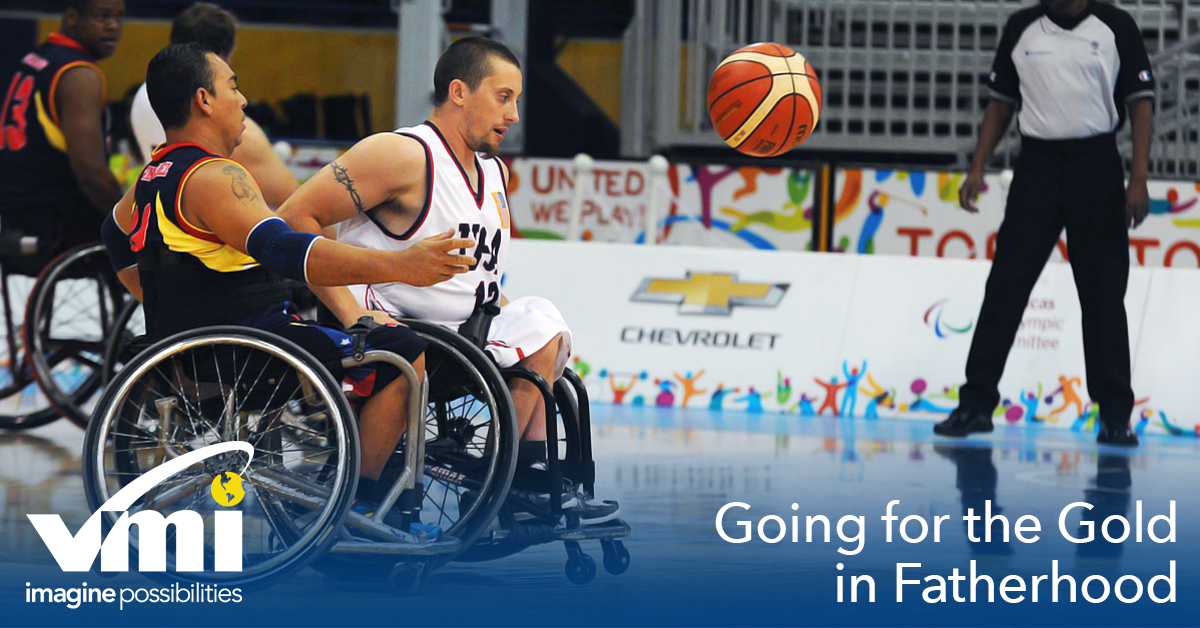 John Gilbert is a living embodiment of this fatherly love. He’s a 29-year-old wheelchair basketball player headed to the Rio 2016 Paralympic Games, and in the past 13 months he’s learned what it takes to be a dad.

So what’s the back story?

Gilbert says he and his wife, Whitney, have known each other since as early as they can remember. He even recalls chasing her at her grandmother’s house when the two were children. But the rampant play stopped when Gilbert was nine; a tumor found on his T6 vertebrae severed his spinal cord, and he transitioned into a wheelchair permanently. He and Whitney remained friends throughout college — despite always having more intimate feelings toward each other.

Finally, in Gilbert’s last year at the University of Missouri where he was studying biology, he asked her to be his girlfriend. Fast forward a few years and they are happily married and working for the local school district in Salisbury, Miss. They’ve been trying to conceive a child, which Gilbert says has been difficult for them, so they registered to become foster care parents in May 2015.

“We wanted kids and we wanted to help kids,” Gilbert says, “and something kept telling us that foster care might be the way to go right now.” He and Whitney still hope to conceive, but he says they definitely don’t see their children as foster kids. “They’re our kids,” he says. “When you walk in our door, you’re our kids.”

He and Whitney have already had eight children — though not all at once. But, by caring for children as young as four to as old as 15, he’s gained nearly a decade a parenting experience in one year.. He could probably write a book on parenting advice through the ages, but his biggest piece of advice, is this:

“It doesn’t make a lick a difference whether you’re in a wheelchair or you’re standing up or missing a leg or an arm. As long as you love [your kids] unconditionally, no matter how those kids come to you … they’ll love you back,” he says. “They need that. They deserve that.” 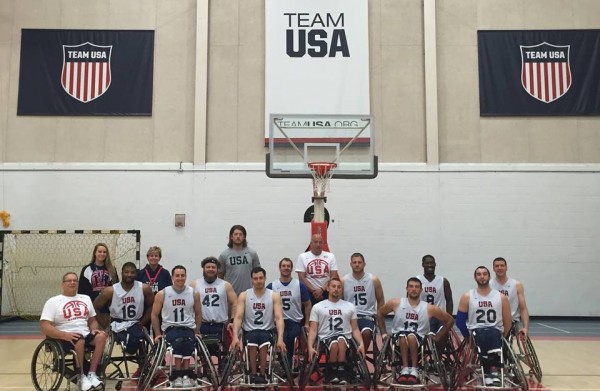 Gilbert has never let his disability stand in the way of his dreams. When his spinal cord was severed at nine years old, he took up wheelchair basketball a few months later. He was athletic prior to his injury – though not the best in his class, he admits – and he never let go of that passion.  And while many wheelchair users find it helpful to have wheelchair accessible vehicles or wheelchair lifts to get around, Gilbert has built enough strength to simply transfer himself.

The lessons he’s learned from wheelchair basketball, he says, “teach you not only to rely on that group of individuals but even how to rely on family and Whitney and the kids at the house. I can’t even begin to say how important they are to keeping a healthy lifestyle all around.”

But why does it matter?

Gilbert says he believes his lifelong perseverance inspires his children; his hardships and ability to overcome them are a way for the kids to connect and bond on a deeper level.

“Having as many ways that you can relate with the kids … where they can open up and start to trust you is vitally important, especially in foster care,” he says. “They’re all holding things in they don’t want to tackle or deal with because it hurts, but when they realize somebody else has gone through that … it’s alright to share and cry and just get it out … Nothing good comes from holding that in.”

Besides bringing home the gold, Gilbert has a 10-year plan lined out to help him accomplish his goal of being superintendent of a school district after retiring from his Paralympic career. He already has his bachelor’s degree in biology and a master’s degree in education with an emphasis in biology.

Now he says he’s working to get a superintendent specialization and is considering going for his Ph.D., in administration. Although, the most important to him, he says, is being there for his kids and other foster kids in need of homes.

“There are so many kids who need help, and there’s such a shortage of homes,” he says. “I definitely encourage people — if they are even thinking about it … at least look into it because it is quite the opportunity…. it is awesome to help out those kids.”