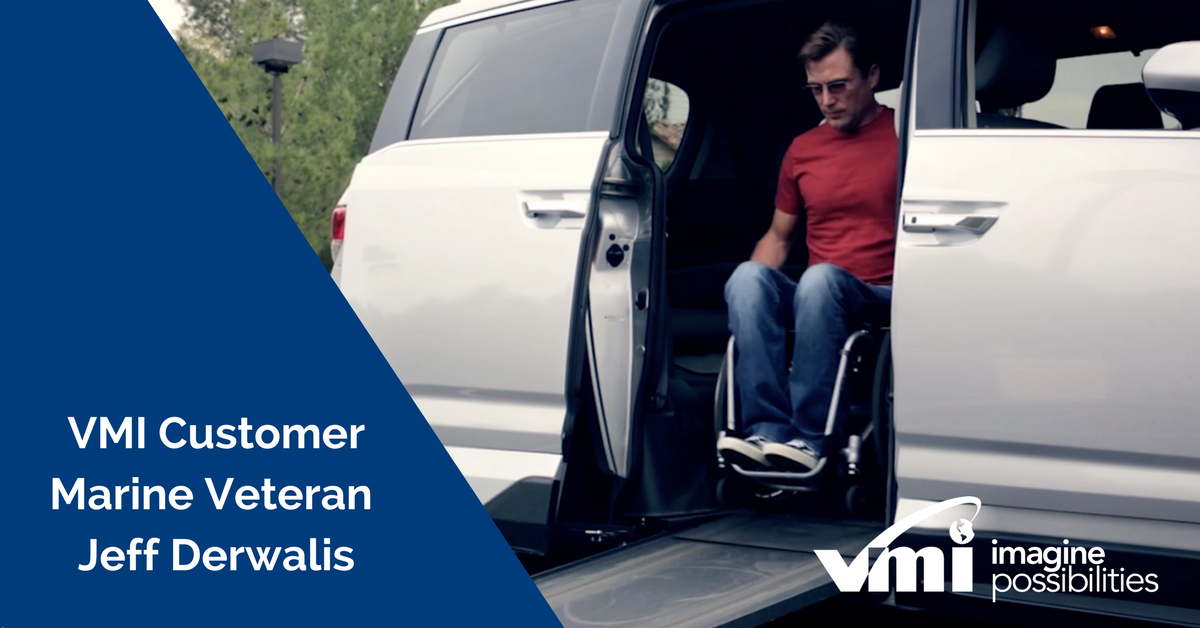 Marine veteran Jeff Derwallis was injured in 1991, when he fell from a three-story building while serving in the Marines. The resulting injury to his spinal cord left the always active Jeff a paraplegic. While he now required a wheelchair to get around, Jeff never stopped being himself. Wanting to stay active and continue doing the things he loved, he began playing wheelchair tennis in 1999. Four years later, Jeff had joined the International Tennis Federation Wheelchair Tour.

But Jeff didn’t stop there; after witnessing first-hand the benefits yoga had on his wife’s posture and energy, he decided to try that, too. Jeff dove headfirst into yoga, spending more and more time practicing at the studio as his strength and flexibility increased. In February 2011, Jeff did the unthinkable: stand on his feet for the first time in 20 years.

VMI honors injured veteran Jeff Derwallis for his service, his bravery and his perseverance in the face of adversity. Jeff never stopped moving; from the tennis courts to the yoga studio, he has pushed his limits and worked hard to gain back his independence and mobility. This is how Jeff and millions of veterans alike imagine possibilities.