Why One Family Trusts the Safety of the Northstar Wheelchair Van

For Carl Puckett and his wife, Angie, of Dayton, Ohio, buying the VMI Honda Odyssey with Northstar in-floor ramp conversion was an easy choice.

“Our son, Conner, can’t fully articulate his needs and relies on his wheelchair to get around,” said Carl. “He really depends on us for everything. So, when it came time to buy a new vehicle, finding one that would keep him safe was our top priority.”

Nearly three years ago, the Pucketts began their search for a wheelchair-accessible vehicle. Conner had just turned six and transferring him to and from their car was becoming more challenging. Among the biggest factors that impacted the Puckett’s decision was safety. While many of the wheelchair conversion vehicles featured ramp systems that were affordable, Carl and Angie didn’t feel those offered the same level of safety they found in the VMI Northstar conversion.

“We read and researched the safety, quality and long-time investment value of every manufacturer of a wheelchair-accessible vehicle,” added Carl. “I spent hours, days and weeks researching and testing as many models as we could. We found different vehicles that fit what we needed – some were even more budget-friendly. But, our goal was to purchase a vehicle that was not only safe for Conner, but for the rest of our family as we are expecting our second child in May.” 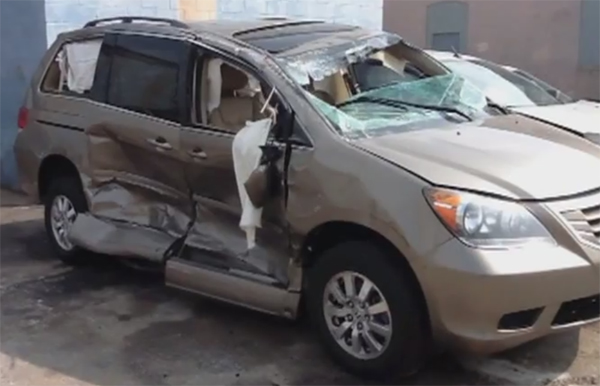 Despite some more economical options on the market, the Honda Northstar conversion became the clear choice for the Pucketts. Among the Puckett’s concerns was the placement of the ramp inside the van.

“We wondered, if we were involved in an accident, where might the fold-out ramp go? Or, could it hit someone inside the cabin if the vehicle was hit,” said Carl.

The Puckett’s decision to buy a VMI Northstar proved to be the right choice. On Friday, March 30, 2012, the Puckett’s worst fears were realized. While headed home from the office, Carl was broadsided on the passenger side by an oncoming vehicle traveling roughly 45 mph. Carl’s van rolled three times and ended up on the passenger’s side.

“I was on my way home from work and was the only one in the car when I was hit,” said Carl. “Because of the extent of the damage, the first responders decided to cut me out of the vehicle to alleviate any movement and ensure I could be removed safely.”

Carl was taken to the hospital, but miraculously only suffered minor cuts and bruises. A few days later, he and a family friend visited the wrecking yard to see the condition of his van. Carl was amazed. 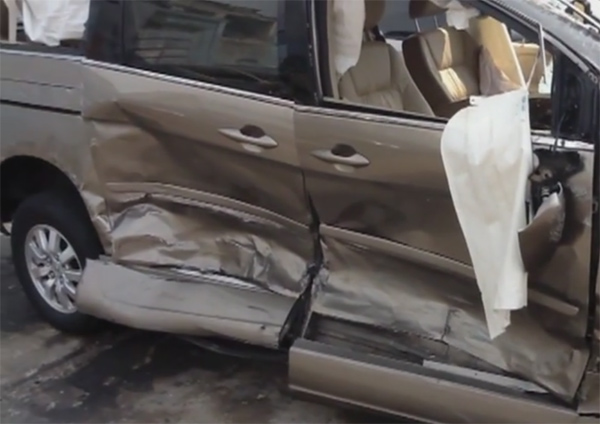 “I couldn’t believe what I saw,” he said. “Conner’s wheelchair was still locked in where he would have been sitting during the accident.”

Carl’s friend also pointed out that the wheelchair wasn’t only locked in, but hadn’t moved. Even though the floor was slightly buckled, the in-floor ramp system did not appear to have moved, nor was it detached or projected out the other side of the van. The front driver and passenger seats, which are removable, also remained locked in place.

“The van’s ramp and safety system worked as promised,” noted Carl. “Not only that, but all airbags deployed as they should have. While I’m grateful none of my family was in the car with me, as I mentioned my wife is 7-months pregnant, I feel they would’ve still been safe. The VMI Northstar truly lived up to the safety standards that every vehicle should meet.”

After the accident, the Pucketts were given a rental van until they could find a replacement for their Odyssey. “Driving the rental van, you could just tell a difference in the conversion and overall fit and finish of the vehicle,” Carl said. “Nobody wants to be involved in a crash, but it only re-confirmed that the Honda Northstar conversion was the best choice for our family. The fact that VMI can take a van completely apart and rebuild it with an in-floor ramp so that everything works just like it came from the factory is a testament to the quality of their van.

“And it’s the reason why we’re replacing our previous Honda with a new Honda VMI Northstar conversion.”