PHOENIX, Ariz. – April 16, 2013 – Vantage Mobility International (VMI) will join Paralyzed Veterans of America’s The Big Push for Progress national tour when it stops in Houston to raise awareness during Paralyzed Veterans Awareness Month about helping veterans with disabilities receive the care, benefits and jobs they deserve.  The tour stop will be held on April 17 at Adaptive Driving Access, which is located at 6836 N. Sam Houston Pkwy W in Houston.  The public is invited to attend the event and show their support for disabled veterans.

“According to the Dept. of Veterans Affairs, there are nearly 3.5 million veterans who now live with a service-connected disability,” said Doug Eaton, president of Vantage Mobility International. “Many of those disabled veterans struggle to find employment because they don’t have access to reliable transportation.  So, in addition to supporting the Paralyzed Veterans of America national tour, we’ve also teamed up with Toyota Motor Sales USA to give all disabled veterans a chance to win a 2013 Toyota Sienna SE with our Access360 In-floor Ramp Conversion. We hope veterans in the Houston area will join us at Adaptive Driving Access in Houston to learn more about our Operation Independence Star Spangled Salute contest.”

The Big Push for Progress national tour was developed to honor April’s Paralyzed Veterans Awareness month and help local communities “take a stand for veterans and their families.” 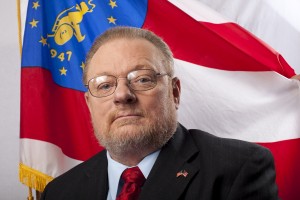 Paralyzed Veterans of America, which is celebrating 67 years this year, is urging all Americans to take a stand for veterans.  “Our disabled veterans face an unemployment rate three to eight times higher than average,” said Bill Lawson, U.S. Army veteran and national president of Paralyzed Veterans.  “That’s just one reason I’m asking my fellow Americans to help redouble our efforts for positive change.  We need everyone to be a part of our big push for progress.”