Tea, SD – In 2005, using the Internet was a way of life for most people. Emailing started replacing phone calls and words like “Google” and “Wikipedia” became part of our vocabulary. The automotive industry embraced the Internet instead of fighting it and turned Internet shoppers into buying customers with meticulous follow through. Consumers were becoming savvy and wanted real time answers vs. having to wait for someone to return their calls or respond to an email after they get in the office from the weekend. The mobility industry was a different story during this period that was until Bob Lundin entered the picture.

Before eBay and cars.com, there weren’t too many places online to shop for products, outside of corporate websites. While working in the automotive industry for 15 years, Bob managed car dealerships meticulously and methodically. With a detailed procedure for follow up with customers, he was successful and built a name for himself. In 1998, the challenge to sell 100 Para-transit vans came his way. Bob decided to put the vans on Yahoo classifieds and within 30 days all were sold. Sensing there was unlimited opportunity, Bob convinced the ownership to allow him to run a division focused on selling specialty vehicles nationwide over the internet. Over time, he developed this skill into a precise and profitable business practice. 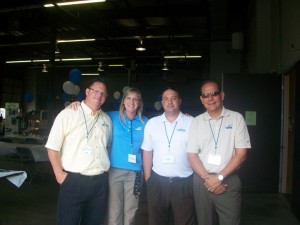 In 2003, he broke off on his own and established a mobility equipment dealership in Sioux Falls, SD. Here he was able to avoid the politics of a major city and focus his full time effort on helping people with disabilities gain their freedom and independence. His internet model burgeoned out of Sioux Falls as well as his “brick and mortar” operation which focused on consumers in the surrounding area. Mobility Sales quickly became a recognized name in the mobility industry, buying and selling over 50 handicap vans in their first full year.

Over the next several years, selling wheelchair accessible vans over the internet became a booming enterprise and companies like Mobility Sales were there to mop up this growth. “We grew really fast from 2003-2007. We captured a lot of growth through internet sales but a lot of people don’t realize how competitive we became in our home market of Sioux Falls.” says Bob Lundin. During this period, Mobility Sales applied best practice from the internet to the mobility equipment industry. These practices include ranking #1, #2, or #3 in organic rankings on key search sites like Google and Yahoo, following up with prospective customers within four hours, and methodically following up with customers in all phases of the buying and ownership cycle.

“Brick and mortar” dealers comprise 85% of all wheelchair van sales and have aggressively adopted the internet into their selling model. Playing catch up to companies like Mobility Sales was a lot easier because in 2008, Bob Lundin made an agreement with VMI, a leading seller of wheelchair accessible vans, and the “brick and mortar” dealers to cooperate with them on a comprehensive internet strategy named the Internet Marketing Program. “It only made sense to fuse the two models.” Says Lundin, “The customer is going to shop over the internet but it is impossible for an internet seller to replicate the value add of a local mobility equipment dealer. The customization, delivery, training and service following the sale are part of the value proposition a customer receives by doing business with their local mobility equipment dealer. For this reason, IMP has become a success story.”

The creation of the Internet Marketing Program and a system to govern it rapidly developed and within six months customers began seeing the benefits. The parties that formed this agreement began to see a high return on investment in one year. Today, the “brick and mortar” dealer boasts nearly $20,000,000 in sales annual directly attributed to this program according to input recorded on the Dealer Dashboard, a control, monitoring and reporting web-site offered to all members. 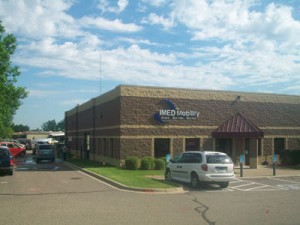 Today, Bob owns and operates two mobility equipment dealerships, now under the name of IMED. His second store is in Roseville, MN and his run by his life-long friend Ron Iverson. Along with managing the internet strategy for the Internet Marketing Program, Bob has also formed IMED Consulting an internet consulting firm which consults mobility equipment dealers in their internet strategy.