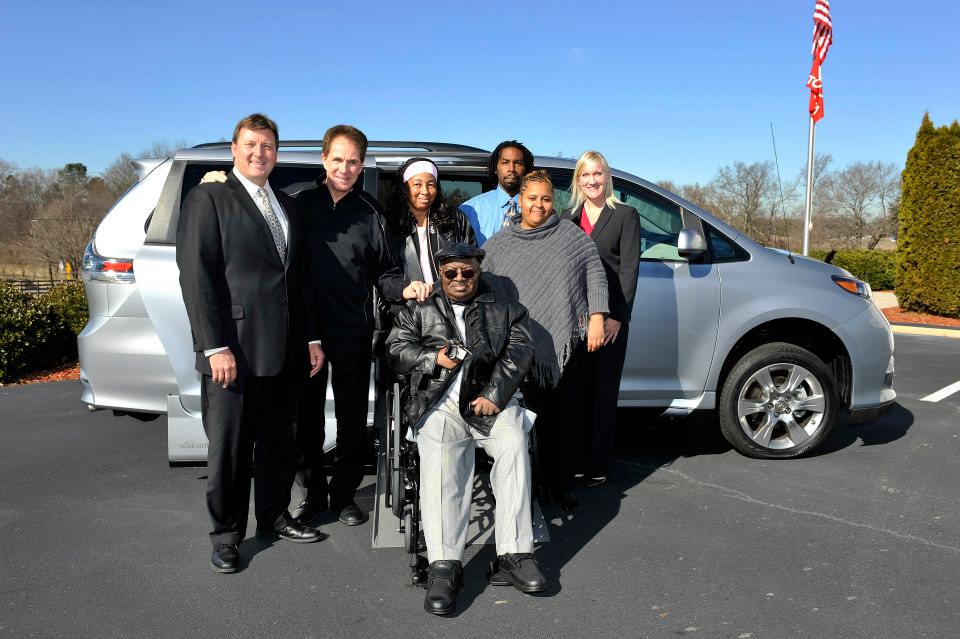 Toyota and VMI teamed up last year for the inaugural 2013 Star Spangled Salute van giveaway. More than 850 U.S. military veterans from every state in the continental U.S. and Puerto Rico entered the contest.

The winner of the 2013 Star Spangled Salute was Cpl. Charlie Harvey, a retired U.S. Army veteran who served during the Vietnam War in 1969. Earlier this year, Toyota and Darrell Waltrip, three-time NASCAR Cup champion and FOX Sports commentator, joined us in North Carolina to help us deliver a Sienna SE to Charlie and his wife, Linda.

“Words cannot express how grateful Charlie and I are to Toyota and VMI for giving us the chance to win this van through the Star Spangled Salute contest,” said Linda Harvey, wife of Charlie Harvey. “The Sienna with VMI’s ramp has changed Charlie’s life in so many ways we didn’t think were possible. We can go everywhere together again, like the mall, grocery store and out to eat for dinner. Before the Star Spangled Salute contest, we’d never won anything before. I really hope our story encourages disabled veterans and their families to enter this contest this year. You never know when you’ll be the lucky winner!”