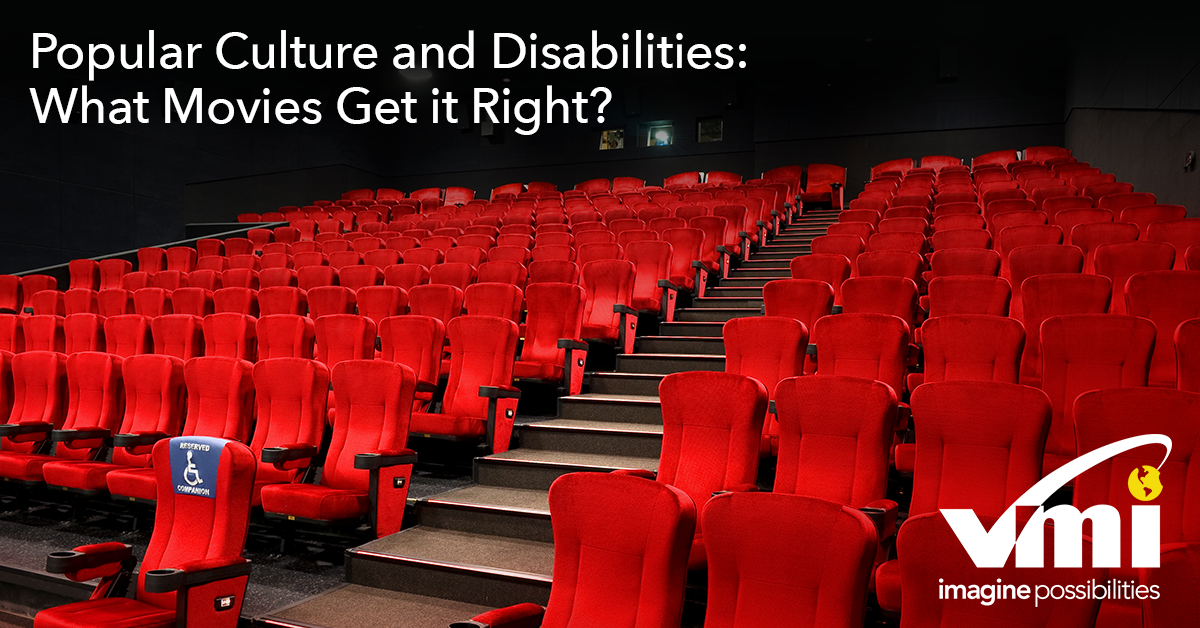 Does Hollywood know how to depict disabilities on camera? Early on, portrayals of people with disabilities in film either fell flat or were played for laughs, if those roles were made at all.

Today, it’s clear that directors, production staff, writers, and actors go through great lengths to properly show a disability in movies. Today, able-bodied actors go out of their way to truly empathize with the disabled roles they’ve been chosen to play through research and preparation. These movies offer compelling and believable portrayals of characters with disabilities, and the nuances of living with one.

Ron Kovic in Born The Fourth of July

This gritty war drama was released in 1989. It’s based on an autobiography of the same name, was written by Ron Kovic (played by able-bodied Tom Cruise in the film), a Vietnam War veteran. During the 1960s, Kovic suffers from an injury that disables him and ends his military career.

The plotline follows his life postwar, touching on several themes during a complex time for both Kovic and the country. It’s a thought-provoking depiction of the personal turmoil many veterans suffer upon returning to “normal” life after a war. Kovic has many hurdles simply adjusting to a life after his mid-chest down paralysis. This includes getting the right support for his needs, as he finds the veteran’s administration both understaffed and underfunded.

Kovic’s internal struggle with love is shown through a reconnection with his high school sweetheart and losing his virginity to a sex worker. Throughout the film, Kovic tries to maintain his dignity and pride in the military, but becomes disillusioned in no small part due to his paralysis, his view on society when he returns, and post-traumatic stress disorder. The film ends with Kovic joining Vietnam Veterans Against the War and public speaking.

Stephen Hawking in The Theory of Everything

This critically acclaimed romantic drama depicts the brilliant life of Stephen Hawking beyond the theoretical physics, including when he transitions into disability. Released in 2014, The Theory of Everything won many awards, including a Golden Globe for Best Actor – Motion Picture Drama (Eddie Redmayne).

It’s important to note that this movie depicts how gaining a disability from a degenerative disease later on in life can affect a relationship and a career. Able-bodied actors may not always be  the best fit for disabled roles, but The Theory of Everything is an exception — Redmayne portrays Hawking before and after he feels the full effects of ALS, or amyotrophic lateral sclerosis. It’s appropriate to watch Redmayne depict Hawking because much of the story is shown as he begins to atrophy leading up to entering a wheelchair.

Equal parts satire, spoof and teen comedy, Saved! is a feel-good, coming-of-age movie with a triumphant ending. Though it has an action-packed start, the plot settles into a movie about acceptance for all types of people (homosexual men, pregnant teenagers, people with disabilities) and their life choices.

Released in 2004, the film explores themes that people with disabilities can find relatable, especially surrounding its main disabled character. Roland Stockard’s (played by able-bodied Macaulay Culkin) accessibility problems are depicted on-screen. It’s clear that Stockard also struggles with independence by rejecting sympathy from others, but he learns to cope with it and grows to accept help by the end of the film. He becomes close with the school’s rebel, Cassandra Edelstein (Eva Amurri) and eventually she becomes his girlfriend.

Christy Brown in My Left Foot

Released in 1989, My Left Foot is a true story about Christy Brown (Hugh O’Conor as a child and Daniel Day-Lewis as an adult), a working-class Irishman who has cerebral palsy. He can only move his left foot with ease, and creatively uses his left foot to alert his neighbors to his mother’s fall down the stairs, among other things. He used only yellow chalk, and went on to become a remarkable painter and writer. Notably, the real-life Christy Brown penned the autobiography this movie is based on.

Able-bodied Day-Lewis, well-known for his enthusiastic method acting, threw himself into character for the production. He learned that people with cerebral palsy struggle to do simple tasks able-bodied people take for granted, like communicating without internal torture or blinking without effort.

According to The Telegraph, he spent several months getting to know the lives of people with cerebral palsy at the Sandymount school and clinic in Dublin. The Independent reported Day-Lewis never left his wheelchair during production, and was carried across set, just as the people he studied would need. His commitment to authenticity paid off; it’s about as close as an able-bodied actor will get for this kind of role.

Philippe in The Intouchables

This French buddy comedy features the relationship between a quadriplegic man and his caregiver in exciting, strange, and heartwarming situations. It begins with caregiver Driss (Omar Sy) speeding paraplegic Philippe’s (able-bodied Francois Cluzet) Maserati around town, only to be caught by the cops. Driss claims that Philippe needs to be taken to the hospital, while Philippe pretends to have a seizure in the car to avoid arrest. The rest of the story is shown in a flashback.

Released in 2011, this film is a reflection on the relationship between disability and caregiving. On a base level, every disabled person has different caregiver needs. In this case, Philippe, a wealthy quadriplegic hotel owner, lost the ability to move his limbs from a paragliding accident. Since then, he’s received the “best” care, though many of his past caregivers simply treated Philippe like a job, and he could see that. Driss, his latest caregiver, understands Philippe on an emotional level. This is why Philippe feels comfortable inviting Driss on a paragliding trip, even with the added layer of PTSD, or how Driss feels comfortable setting up a surprise meeting between Philippe and his pen pal. It’s a great film to watch.

Each of these performances are realistic depictions of disabled characters by able-bodied actors. They explore the social constructs that inform and influence our views on the disabled. The more society is exposed to those themes, the more proper and respectful portrayals of people with disabilities will end up on the big screen.
For more movies about physical disabilities, visit IMDB.