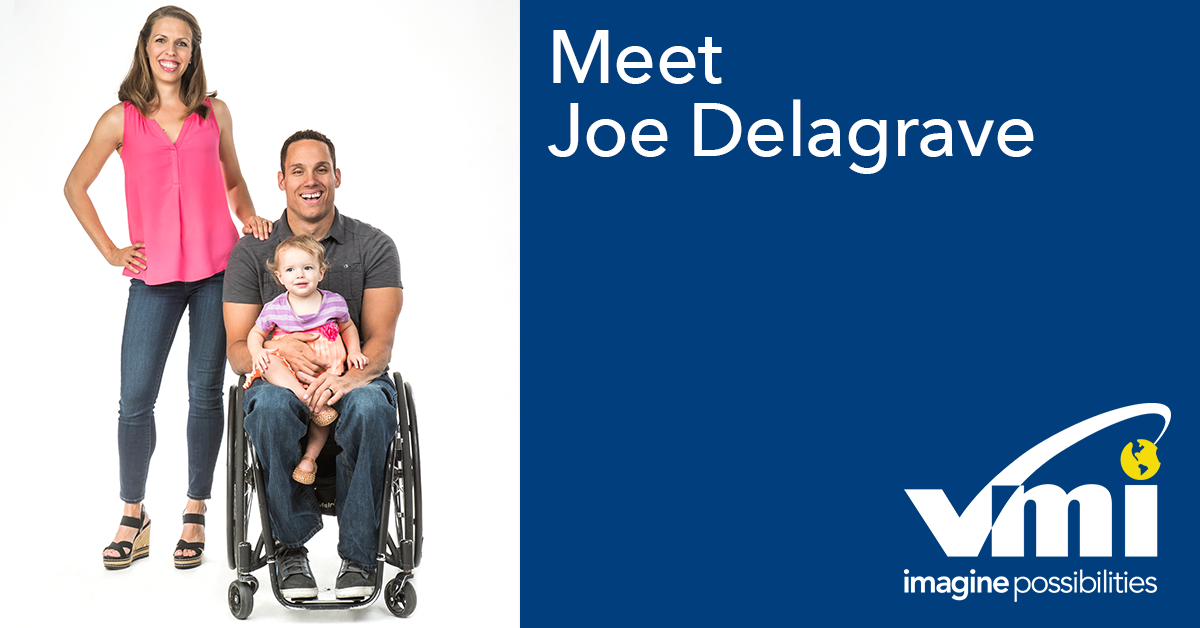 Joe Delagrave is cool. There’s really no other way to put it. He’s laid back but determined, competitive but compassionate, and he’s a loving husband and father of three beautiful children, Braxton, Brayden and Brynley. Delagrave’s the guy who stops at nothing, and constantly strives to improve himself  — even when everyone already thinks he’s some breed of super human.

Delagrave wears several hats: a professional wheelchair rugby player, a student who just received his degree from Grand Canyon University in professional counseling, and an employee at Dick’s Sporting Goods. He plays for teams Ability 360 Phoenix Heat and Team USA. He was also an alternative for the Rio Paralympic Games and a player in the 2012 Paralympic Games, where he won the bronze medal. He’s won a lot of awards, actually.

To manage his life as an athlete and the hectic life that is fatherhood, traveling to and from games or his kids’ sports practice, Delagrave needed a car as impressive and reliable as he is. He needed the VMI-converted Toyota Sienna wheelchair van. Delagrave has had the van for a little more than a month now, and he claims he’s still in love with it.

But since he’s so cool, we’ll let him tell you all about it.

How has the Toyota Sienna converted van changed life for you and your family?

I never knew what a difference it would be going from a non-converted to VMI-converted Toyota.  The convenience of having the ramp and truly not having to load my wheelchair at all is so nice.  Rain, heat, whatever the weather is, the ramp provides easy access in and out.  The [front driver’s] seat has also been perfect for transfers and easy in and out of my driver seat to wheelchair.  The back door floor is a perfect height for storage where I am not having to reach up or down to get my belongings. Family wise, there is so much room for all 5 of us and our dog, Wrigley. The turning radius inside for a wheelchair is huge!

Tell us more about the driver’s seat and the process of transferring in and out.

I roll up the ramp, and I have a [transfer] seat. That chair goes in the driver’s seat. It’s the first time where I haven’t had to deal with my wheelchair in the van or getting in the van. You just use a knob and you’re good to go.

So accessibility is easier. Is that all?

It probably wouldn’t sound like much, but it takes it from five minutes to two minutes tops. I open the door, get in and I’m driving. I mean, it adds up. If you’re going to run errands, and you’re doing six or seven errands, that’s a half hour [or more] spent getting in and out. This takes less than two minutes.

Are there any other cool perks of the van? Accessibility features aside?

I love the technology of the Toyota Sienna, blu ray dvd for the kiddos, bluetooth, the interface, navigation, etc. I’m still learning all the bells and whistles. I love the interface. It’s loaded. That’s a lot of fun with the navigation and touch screen and sunroof, and the engine’s great. I love the look of the raised ramp van, and being higher up on the road is always a plus. So I really like it.

Going forward, Delagrave said he’s working toward building his counseling clientele base and training for future rugby seasons. Pretty soon he’ll be traveling to San Diego and Tucson for tournaments, and he says he’s excited to have the opportunity to brings his wife and kids along with him in the van.